ABLE UK has confirmed that the final installment of the long-running saga surrounding the derelict former floating nightclub Tuxedo Royale, which has been moored at Able Middlesbrough Port for the past ten years, is now underway.

The vessel, formerly the British Rail Cross- Channel Ferry TSS Dover, was moved to the berth at Able Middlesbrough Port in early 2009 for what was supposed to be a maximum of two weeks, but in August 2010 the ship’s owners went in administration with no-one prepared to take responsibility for its future.

Explained Neil Etherington, ABLE’s Business Development Director: “Working with agencies including Middlesbrough Council, the Environment Agency and the Port Authority, we had been seeking a solution to the fate of the Tuxedo Royale for a long time.

“From our point of view, it has been an expensive process…….it had taken up valuable quay space and we had received no payments for it storage. At the same time, it became an ever-deteriorating eyesore which has certainly not enhanced the area’s profile – quite the reverse.

“Over the course of the last few months, when the vessel was ‘repaired’ to be able to re-float, many will have witnessed from the Transporter Bridge and other vantage points the painstaking removal of all the remaining asbestos and the top three levels of the vessel.

“The remaining hull is now in a suitable condition to be moved and, with the appropriate approvals in place, the Tuxedo today (10 September 2019) embarked on its final voyage to Able Seaton Port where the full recycling process will be completed.

“Of course. for many, including myself, the Tuxedo has some fond and abiding memories but even the most nostalgic will surely appreciate that this is the conclusion of what, in the end, turned out to be a very sorry and costly saga.” 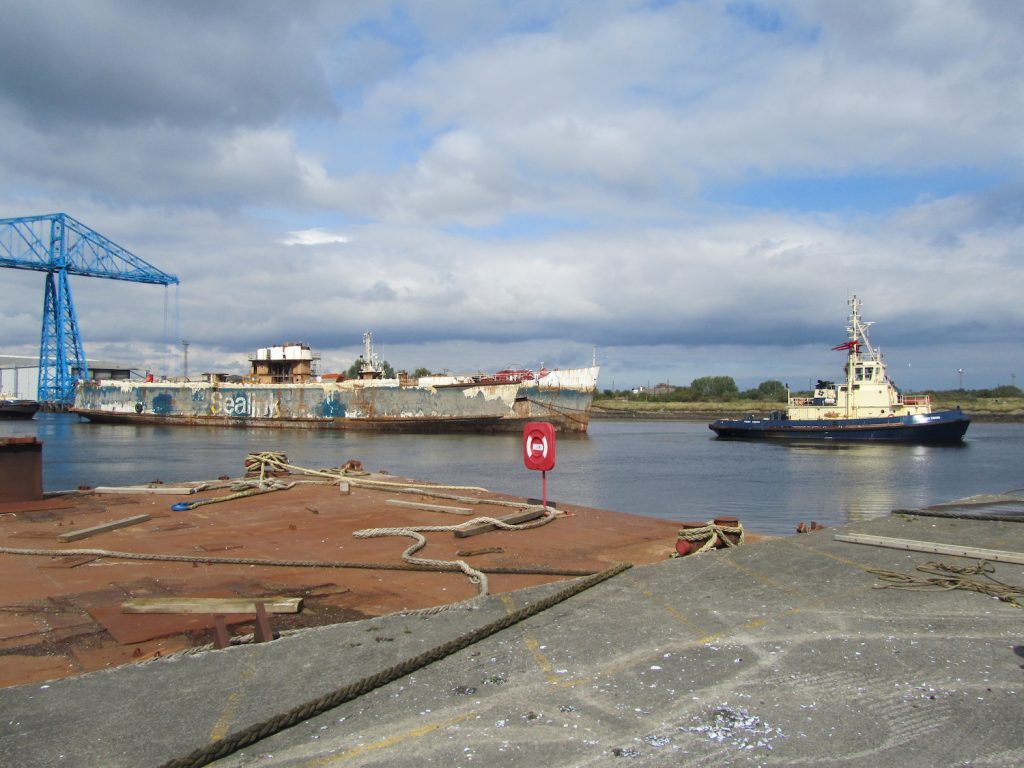