Planning approval has been given for the North Beck Energy Centre, a £220 million development project at Immingham for generating 49.5 MW (megawatts) of electricity from waste material that would otherwise be destined for landfill disposal in the UK or exported as fuel to energy plants in mainland Europe.

More than 300 jobs will be created during the project’s three-year construction phase, benefiting job seekers throughout the Humber region, followed by 40 full time posts at the energy plant during at least 25 years of operation.

A decision notice has been issued by North East Lincolnshire Council (NELC) to project developer North Beck Energy Ltd, granting permission to build the plant on vacant land zoned for industrial use, to the south east of Immingham Port.

Energy, in the form of electricity and potentially heat, will be recovered every year from about half a million tonnes of fuel derived from waste. The 49.5 MW of sustainable power will be generated 24/7, replacing fossil fuel plants nearing the end of their operational lives and making it available in homes and businesses, whether or not the wind blows or the sun shines.

“With construction and funding arrangements nearing completion, we are now looking to finalise fuel supply agreements with suppliers,” says James Baker, North Beck Energy’s Development Director. “We expect to have all this in place by mid-2019 so that building work can start on site within the next 12 months. 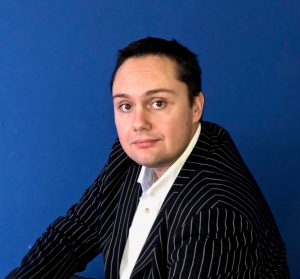 “Using domestically sourced fuel, North Beck Energy will deliver a secure output of energy, unaffected by political and economic changes overseas and provide an economically stable investment for North East Lincolnshire. The benefits of this financial commitment, in terms of the jobs we are creating in this area, will be felt for a long time to come.”

Neil Etherington, Able UK’s Business Development Director, added on behalf of the land owner: “We have been working closely with North Beck Energy to bring this exciting project to fruition. With planning permission now in place, we have every confidence they will provide an important further element in the Humber’s emerging ‘Energy Estuary’ proposition.”