This iconic site at Barnby Dun, Doncaster, South Yorkshire offers 17 hectares (42.4 acres) and lends itself to a variety of potential uses, particularly power generation, as the site has immediate access to the National Grid via an adjacent sub-station.

Thorpe Marsh Power Station was a 1 Gigawatt (GW) (1,000 MW) coal-fired power station. Initially operated by the Central Electricity Generating Board, the station was operated by National Power following privatisation in 1990. The station closed a few years later in 1994.

ABLE acquired the former power station in 1995 and undertook a huge exercise to de-plant the power station and demolish the extensive buildings and boiler house.

The site had previous planning permissions for a 1,575MW CCGT Power Station with a supporting gas pipeline.

The site benefits from transport access via motorways, River Don / canals and rail. It is only 4 miles from Robin Hood International Airport and enjoys quick access to other airports such as Manchester, Leeds Bradford and Humberside. 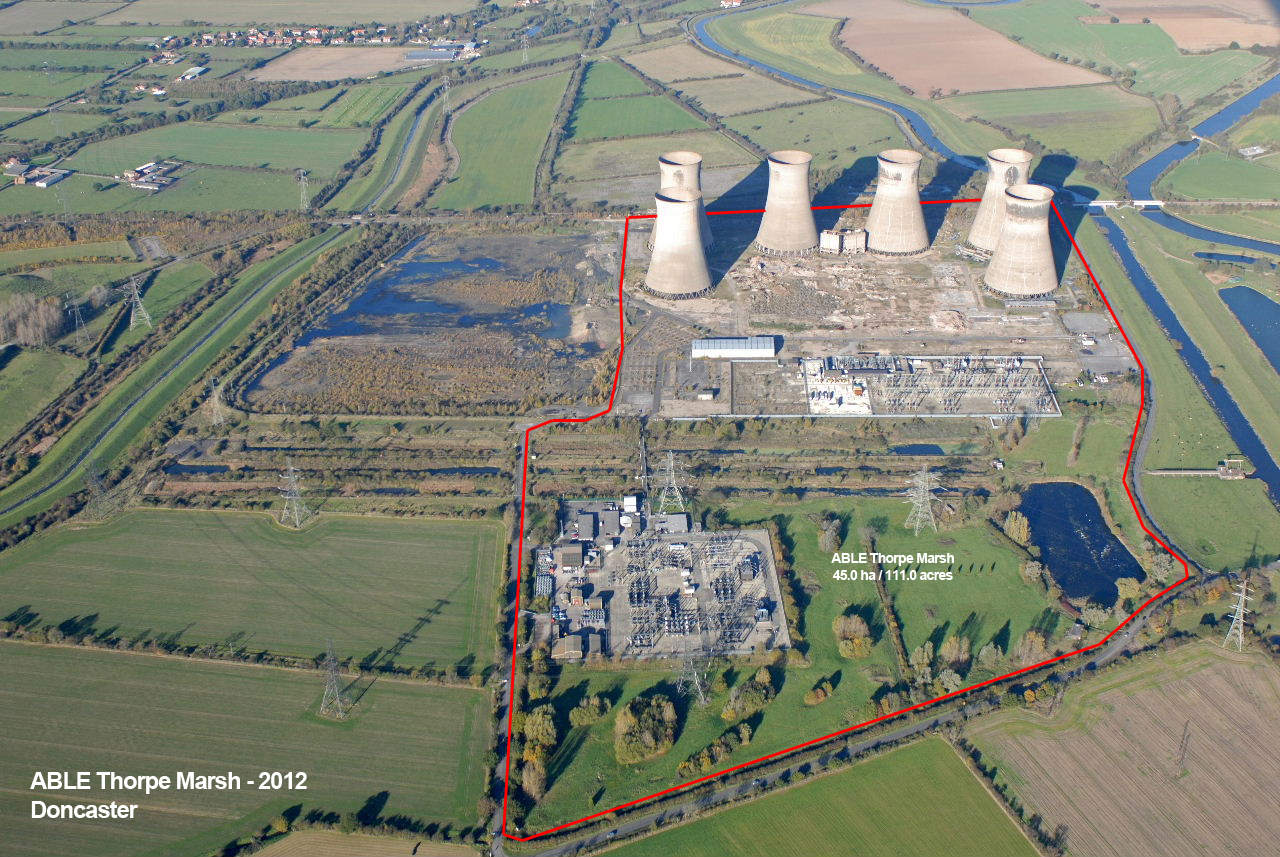 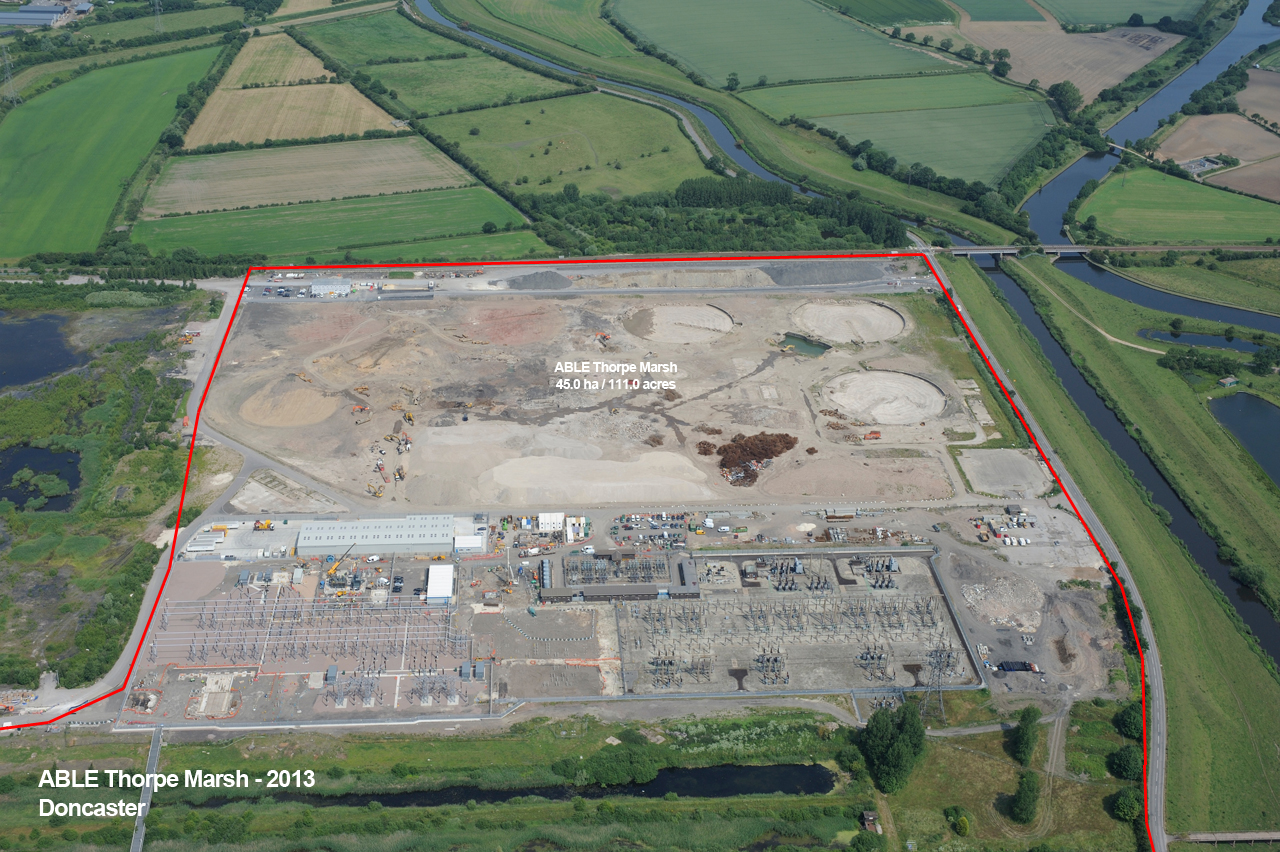