The head of Able UK says that its offshore decommissioning facility on Teesside has ‘today again demonstrated that it remains a world leader in an industry which is set to expand for decades to come.’

The company’s founder and Executive Chairman Peter Stephenson was speaking after the massive Brent Delta topside was brought in to the company’s Able Seaton Port in preparation for a decommissioning process which will see at least 97 per cent of the structure re-cycled. 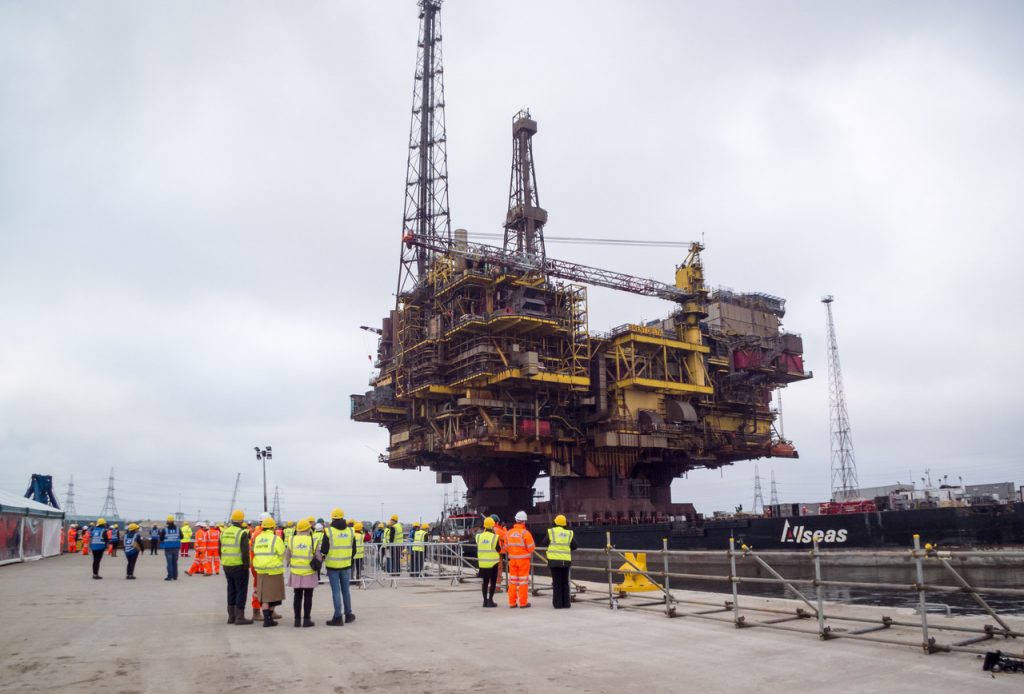 The 24,200-tonne structure was transported from the Brent oil and gas field north-east of the Shetland Islands in a highly-complex and ground-breaking operation, using the largest construction vessel ever built, the Allseas Pioneering Spirit. After arriving off the North East coast the topside was transferred to a 200 metre-long barge, the Iron Lady which was successfully moored at Able’s specialist facility today (May 2nd)

In the coming days the topside will be skidded onto the new multi-million-pound ASP Quay Six, one of the strongest in Europe, for the start of the decommissioning. 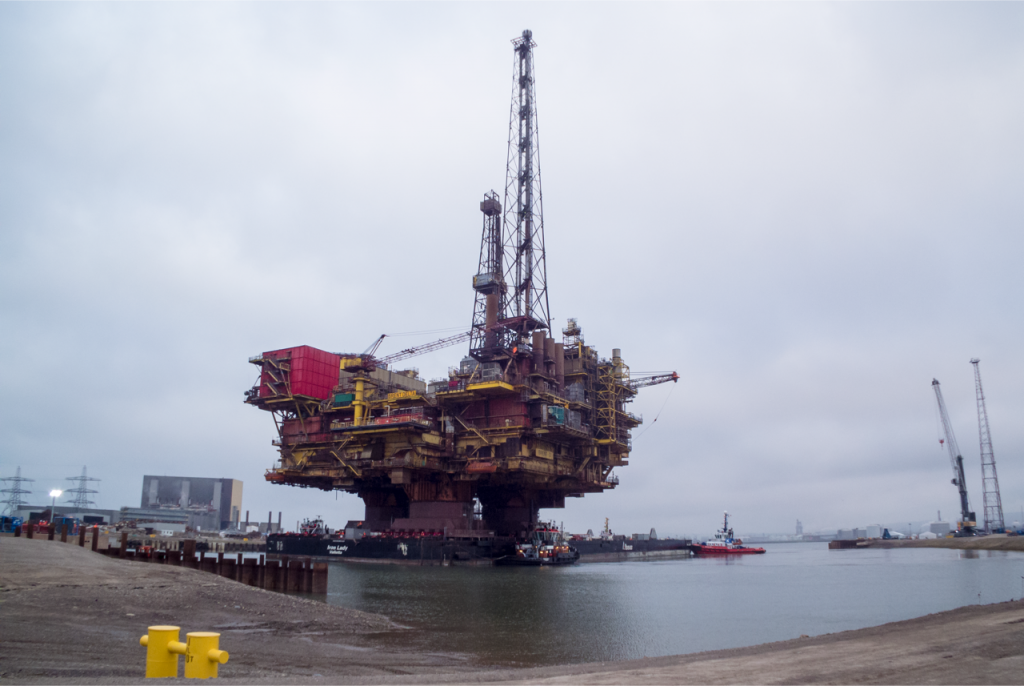 Said Mr Stephenson “Today is a triumph for everyone involved in one of the heaviest lifts ever to take place—especially our partners Shell and Allseas, with whom we have worked for several years to meet the huge technical challenges involved.

“For our company it is the clearest possible vindication of our determination to establish Able Seaton Port as a world-class facility. The Brent decommissioning project is the most significant project of its type to date and of crucial importance to us is the fact that Able was selected against an initial longlist of 131 potential disposal yards.

“It has involved a big commitment on our part—we have invested c. £28million in the new quay and associated developments—we believe that the investment is worthwhile, not just for this contract but the potential for us to be at the forefront of a business which is set to grow to meet the need to decommission platforms as they come to the end of their operational lives.

“This marks the start of our work on the Brent Delta platform. The next stage over the coming days will be its transfer to the new Quay Six after which we will conduct detailed surveys in preparation for the decommissioning programme which we expect to complete within 12 months.”