Rig Workers Keep The Ball But Still Score For Charity

When crew members of an oil rig currently berthed at Able’s Seaton Port facility were presented with a signed football their first thought was to raffle it for charity.

Instead they decided to give it a permanent home mounted in the galley of the rig Awilco Wilphoenix, but still give a donation to charity.

They chose the local children’s hospice Zoe’s Place and rig manager Brian Taylor presented a cheque for £1,000 from the crew welfare fund to hospice Corporate and Events Fundraiser Victoria Rogers.

Said Brian Taylor “Able UK kindly arranged for some of us to attend the Hartlepool United versus Salford City FA Cup match just before Christmas. We were presented with the signed ball and initially we planned to simply raffle it amongst the crew.

“However we then thought it would be good to keep it as permanent reminder of the match and our time at Able Seaton Port by putting it on display in the galley.

“At the same time we wanted to still give support to a local charity with a donation from the crew welfare fund and chose Zoe’s Place which does such wonderful work helping children and their families.”

Added Victoria Rogers from Zoe’s Place “We are really grateful to benefit from the generosity of the rig crew and it was certainly an experience to go along to Able Seaton Port to receive the cheque.

“The crew will, of course, have a memento of their time here with the football and their gift will help us to continue our work with babies and infants and their families. Whilst we do receive a modest amount of Government funding, we rely on the generosity of the public to help us raise the £1.2 million a year we need to keep the doors open for the many families that rely on our expert care.”

The WilPhoenix rig, which weighs over 15,000 tons, arrived at Able Seaton Port at the end of November and has been undergoing multi-million pound maintenance works. The semi-submersible rig is anticipated to return to active duty in the North Sea later this month. 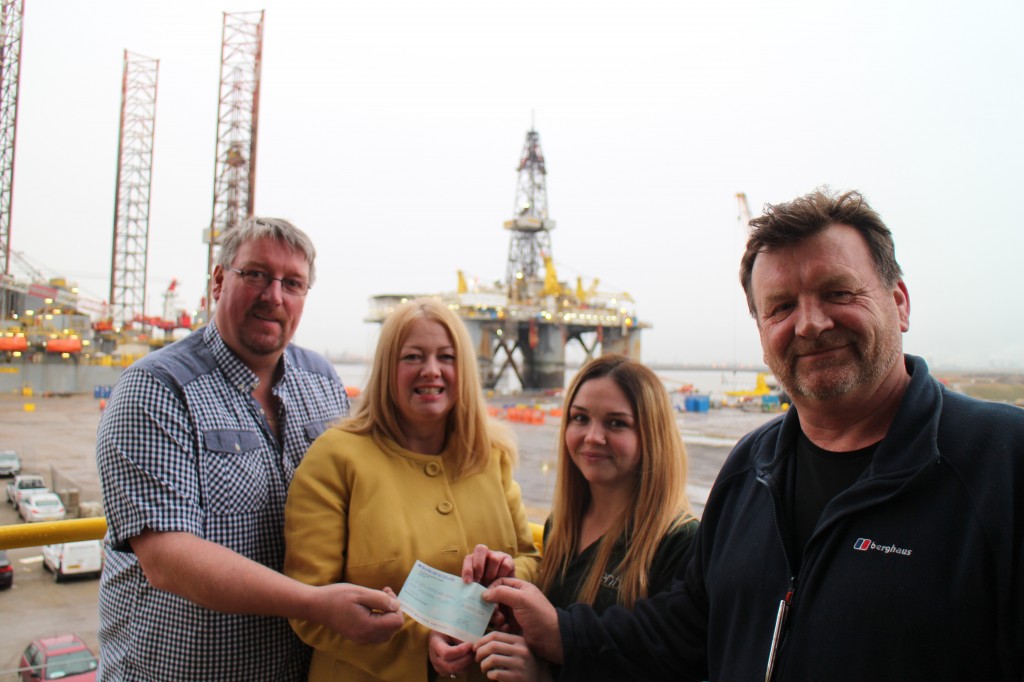 Pictured receiving the cheque is Victoria Rogers (second left) from Zoe’s Place, together with, from left to right, Paul Connally, Able Project Manager, Zoe Ritchie, Stewardess on the WilPhoenix, and Brian Taylor, Offshore Installation, Manager with the WilPhoenix.